Light-flooded Italy: a roadtrip across Apulia in winter

I’m in love with short trips. Being on the road for 3, 4, 5 days, seeing new things, feel freedom, breathing deeply. And taking photos, naturally. During the year of 2015 I went on many trips, many of them in Germany, but when winter drew closer, I wanted to be where the sun was.

I took a plane to Bari, boarded a Fiat 500 and took a look around Apulia, in the very south of Italy. All the tourists had already gone home, and it felt like I had Italy to myself.

For the first time, I was renting a car in a foreign country, and it felt a bit precarious, but everything went fine. I was being honked at or overtaken a lot, the Italian driving spirit is just unbeatable.

The first stop was Monopoli, located directy by the sea. I just loved the name and decided to spend the night and start my road trip from here. The old city at night was beautiful, and on the next day I got up for the sunrise. The atmosphere was special, just like it always is when the world slowly wakes up. Only few people were up, some animals were, but mostly I was on my own. There is this particular overwhelming feeling in moments like these, that you just want to experience over and over again.

After one of these wonderful Italian Cappuchini I drove to Poloignano di Mare, another great place with an old town by the sea, which showed the brightest blue on this morning. I explored the old city with my camera and basically took it really slow.

Next stop was Alberobello, the town with the famous Trulli settlement. Well, I didn’t know what that was before I got there, but I took a look: Trulli are round houses that are typical for Apulia and Alberobello still has a lot of them. The place was quite crowded and there was a film shooting for some series going on, all being very romantic…

I continued south, watching massive flocks of birds flying by. Everywhere I looked were huge olive trees and I just had to leave the motorway to take a closer look at this old, large trees. The light and the atmosphere amongst these giants was breathtaking.

I still had a long way ahead because I wanted to go down Otranto, it was dark when I reached my accommodation for the next two nights. My hosts had already lit up a fire for me in the open fireplace in the kitchen, it was really cosy. Generally, people were so friendly and I felt very welcome whereever I went on this trip.

The next morning arrived and I drove around the very southern coast of Italy. Down here, nobody spoke any English or German, and I had to relate on Google Translator and sign language, but that was perfectly ok. The less you speak, the more you feel. My hosts gave me a free tour of the town in their car, I got freshly baked cake from the mum, two little ducklings visited me on my second morning. I encountered a lot more olive trees, vast landscapes, a lot of sea views, ate pizza, icecream, enjoyed the sun, sunrises and sunsets and exciting car journeys.

My next stop was Ostuni, the white city, and my host there told me a bit about the area. I got up for another sunrise, and it was a beautiful one: olive trees and in the background there was Ostuni with its bright white houses and sandstone walls.

The last night I spent in Trani, a beautiful little seaport town with fisherman offering their fish, while the sun was going down right behind them. The sunrise was also another good one, I went to see it just next to wonderful church that stands right next to the water there.

All in all it was 1 – 2 days to short as Apulia is bigger than I thought. I would have liked to explore the Gargano-peninsula in the north for example. But I had enough time for a good overview and insight into this Italian region – a beautiful peaceful stretch of land with friendly deeply rooted people. It’s really worth a visit. Looking for a shop?

Shop at Amazon
Buy stuff on Amazon via this link, will appreciate it!

Looking for a cool font? 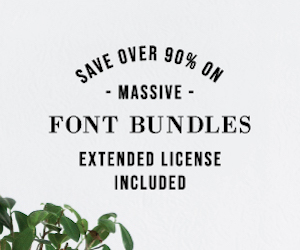